Eileen Broomell, 89, is an educator, motivator, instructor, and a 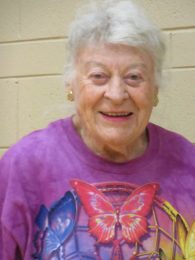 strong believer of positive thinking. Eileen has been a Red Cross volunteer instructor/trainer in CPR, first aid and water safety for several decades. She ran her own business as a canoe river guide for 27 years. Eileen was an instructor at Highline Community College, and also coached Highline’s basketball and volleyball teams. In her retirement she continues to teach health, wellness, and exercise classes at several senior centers. Today Eileen is regularly at SeaTac Senior Center 3 times a week for her Senior Working Out Class, and has formed a strong relationship with other participants. Eileen continues to embrace new adventures. She has undertaken road trips to Florida and Alaska, and plans to visit Montana and New Mexico this summer. 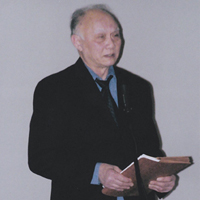 McCoy Khammany Sengsi, 64, was a former Captain and police officer who escaped from the Communist takeover in Laos, starting a new life in 1980 with his family in the U.S. He became a U.S. citizen in 1986. He has demonstrated great community involvement, particularly in the Seattle’s Laotian community, where he is known as a liaison, community leader and mentor. He helped establish the Lao Veterans Association of Washington State and helps people find resources to learn and establish a new way of living. He was nominated by his brother-in-law, Khamphay Muongchanh, who wrote, “He is a great man who offers mentorship and social services without ever expecting anything in return.” 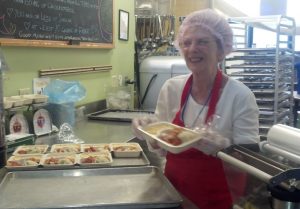 Dotti Lydon is a remarkable person and dedicated volunteer. The active 78-year-old is the recipient of the 2013 Inspire Positive Aging Award (IPAA). The award presented annually by Senior Services recognizes a deserving elder whose life is marked by service, engagement and a certain “joie de vivre.” These are the characteristics that inspire people who know and nominate an elder and why Senior Services bestows this honor every year. Dotti Lydon started volunteering in the kitchen of Lifelong AIDS Alliance in July of 2011. She was 76 years old. Nominator and Executive Chef at Lifelong AIDS Alliance, Wendy Northcutt, said, “When I first met Dotti I was a little concerned how her stamina would hold up in the kitchen. Boy, did she prove me wrong! Dotti has the energy and stamina of a 25-year-old. She is eager to help and does not hesitate to take on any task we ask her to do.”

On any given day you might see Dotti peeling and dicing 100 lbs. of potatoes, slicing 75 lbs. of carrots, or helping to package 250-400 meals during her three-hour shift. Her enthusiasm to complete a task is noteworthy.  She is quick to come in when we send out requests for help during busy times or when other volunteers cannot come in. It isn’t just the kitchen where you’ll find Dotti volunteering her time and enthusiasm. Last year a call went out to the volunteer group at Lifelong to make 3,000 condom kits for the Gay Pride parade. Dotti easily made one-third of the kit [for the event]. “That’s a thousand kits,” says Kristina Sperline, Volunteer Coordinator. Even after the Gay Pride parade, Dotti is still taking kits home to make every week.  She says “it gives her something to do” when she is watching TV.

Dotti has spent her life in service to others. She was a registered nurse for over 40 years.  When we asked Dotti how she came to volunteer with Lifelong AIDS Alliance, she responded by saying people who are HIV positive are very near to her heart.  “Because of that, I just wanted to give back to the community,” she said with tears in her eyes.

“We are so lucky to have Dotti volunteer here at Lifelong,” says Northcutt. Her enthusiasm, energy and dedication are an inspiration to all of us who have the privilege of working with her, she says.

Ninety-six-year-old Bill Sleeper works to help other seniors discover the ways that technology can enrich their lives. Bill believes that technology offers seniors ways to engage with society. The retired engineer says he is constantly finding new opportunities to make technology a part of his life, whether it’s posting on Facebook, updating his Twitter feed, finding new apps for his iPhone or sharing photographs from his travels.

Sleeper has lived at Merrill Gardens for the past seven years. Watching him share his enthusiasm for technology with his peers inspired the company to launch a video series starring Sleeper. He uses his sharp wit and sense of humor to make technology less intimidating for seniors. “Bill Sleeper is really an amazing man. When you watch his videos and see how connected he is to his family and friends through technology, you really hope that you can be just like him when you grow up. His passion for helping other seniors is really exciting and he is having a big impact,” says Bill Pettit, Merrill Gardens president. Sleeper travels to the Merrill Gardens communities holding special Tech Whiz classes for residents. He shows them how easy technology is to use and helps them get started. Seniors relate to his teaching style as he tells them all they need to get started is a finger. He travels all over Puget Sound delivering his inspiring message to residents and they love him. 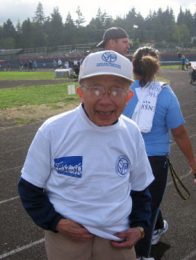 Tom Kobayashi is in his 75th year of extraordinary volunteer service. Strongly emulating him in just one of his exceptional areas would make me an incredible person. It would take me many lifetimes to achieve the dignity and excellence of human character that he has become. 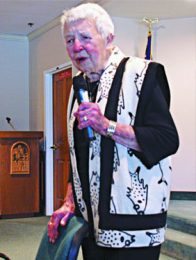 Eileen has that special ability to really connect with people. Every time I hear Eileen speak I am inspired, touched and always leave feeling invigorated, and, well, happy. I want to be just like Eileen when I grow up! 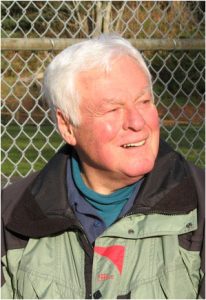 Kristian is a shining example of dedication to physical fitness, intellectual stimulation, care of spiritual needs and a giving attitude.  He has had numerous major accidents in traffic and at work, airplane crashes, operations, and a temporary paralysis.  Kristian suffers from tinnitus and chronic pain from major knee surgeries and a hip replacement.  Yet he is a lover of life, active living, and thoughtful connection with others. Riding his bike from Queen Anne to West Seattle three times a week and walking, Kristian chats with others, many also suffering from life’s tribulations. He speaks with them in an uplifting, concerned manner. He listens to their stories. Kristian gives them encouragement to keep moving, keep looking up, always with a bit of humor and liveliness. In simple words, he cares.

Nina Harding was announced as 2009’s Inspire Positive Aging Award winner at the Senior Services Annual Meeting May 28, receiving two roundtrip tickets to any Alaska Airline destination, and her nominators have $50 to spend at Barnes and Noble as thanks for bringing Nina to our attention.

“You know, I never planned on getting old-ER, but as I get older, it certainly is an honor to walk in my grandma’s footsteps. It’s always the awards from those who live in your backyard that are the most rewarding and the most humbling. So I thank you from the bottom of my heart.”

A spirit like that enabled Nina to graduate from law school at age 52 and continue to practice and give of her time to the Elder Law Clinic throughout physical challenges that would stop a less-determined person. 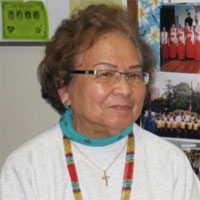 Dolly Castillo has been called “the very heart of the International Drop-in Center.”  At 84 years old Dolly never seems to stop moving. She was a Physical Education teacher for 40 years, and says that being a gym teacher was the best training for getting older. Dolly continues to encourage physical activity and health, but now in an older population. With the firm but gentle attitude that gets things done and gets people moving, Dolly sees her primary goal as helping other seniors improve their outlook on life. “Activity makes you young…I tell everyone the need to ENJOY themselves and keep busy.”

When asked what she thought was the best thing about aging, Dolly replied, “You can make all the mistakes you want and nobody cares.”

Mary Perkins says, “Life begins at 90.”  That’s when she moved to a Seattle retirement community and impressively re-invented herself — from small town to big city life, from wife to widow, from disabling illness to improved health, from home isolation to contact with diverse people, from sedentary life to challenging activities.

The elegant 93-year-old exudes her enthusiasm for life and learning.  Her daughter, who nominated her, says, “Mother is great at encouraging people to believe in themselves.  She accepts assistance with grace, often writing notes of appreciation, and she compassionately and respectfully assists others. “

When Mary accepted her award, she offered this advice for positive aging:

“Be with people, help each other, try new things, laugh at  yourself, be grateful, always have something to look forward to, make the most of every day, wear red, and dance!” 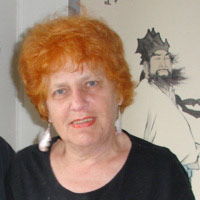 Idore has dealt with adversity with tenacity, a sense of humor, and an openness to people that has made her friends in every generation and of many cultures.  Two life-long friends crossed the state to celebrate her 70th birthday with her.

Idore taught English in Beijing while raising her daughter alone.  In her 70’s Idore pursued an M.F.A. in writing and is a published poet and writer of children’s stories

Her nominator said of her, “[She] doesn’t give up, commits to doing her best work, and does it all with the best of humors. The best reason for being friends with Idore is that she’s so much fun!”