Sound Generations’ Meals on Wheels program reduced our waiting list for new applicants from five months to one-to-two months, with help from community support. Many of you helped by donating to the online campaign or volunteering for the Meals on Wheels Meal Drive.

You can still support Meals on Wheels with an online donation. You may either designate your gift specifically to the program or choose to allow us to apply your gift where it is most needed. 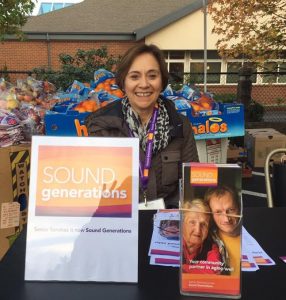 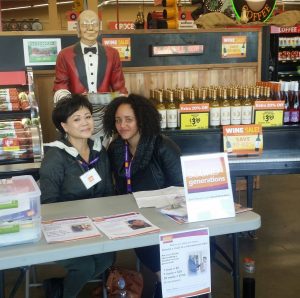 Thanks to all of our volunteers who helped kick off the drive at area grocery stores, November 3 through 5.

Thanks to our partner grocery stores who supported our campaign

In July of 2016, Sound Generations’ (formerly Senior Services) announced that for the first time in its forty-nine year history new applicants to its Meals on Wheels program faced a wait of up to five months before they could be added to the program. Now, with the help of several large contributions from local agencies and donors, Meals on Wheels has reduced the waiting list to one-to-two months as of October 2016.

Though Sound Generations operates the largest meal delivery program for older adults in King County, serving more than 2,700 people each year, it is struggling to keep up with continually increasing demand. Between 2012 and 2015, the program increased the number of individuals served by 38.7%. Meanwhile, support for senior programs from traditional funding sources has significantly decreased.

The largest expense for the program is the cost of the food, followed by staff such as coordinators, order-takers and delivery drivers. More than 300 volunteers help facilitate the delivery of meals at 23 sites throughout King County. In 2015, volunteers contributed a combined 22,346 hours (the equivalent of $615,409).

Currently, more than 200 individuals are on the Meals on Wheels waiting list and on average, 45 new individuals applies to the program each week. The majority of people who apply to Meals on Wheels live with chronic conditions and health issues that severely inhibit their mobility. Many seek help after a medical procedure or illness leaves them bed-ridden.

Are you an individual or business seeking resources, helpful FAQs, and more information reguarding the coronavirus?

Do you know an inspiring older adult? Our 2021 Inspire Positive Aging Awards nominations will be opening soon!