Seven Award Recipients were acknowledged for their exceptional contributions: 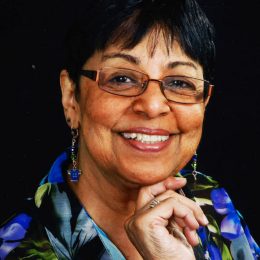 Barbara Peete, 75, received this year’s ‘Community Service’ award. Among other contributions, she manages the wildly popular Bid Whist program at Central Area Senior Center. Every week, more than seventy people come from all over King, Pierce and Snohomish counties to play the card game and enjoy the potluck and music. In addition to overseeing the entire program, she has galvanized participants to start recycling and composting. She is respected by all, and when the center needs someone to represent them, members always select her to be their spokesperson. Her nominator said, “She shares what she has, is fair and objective, educated and smart, but most of all, she’s reliable. You can count on her to do what she says she’ll do.”

Feanette Black Bear, 64, was honored with the ‘Advocacy + Activism’ award. Feanette inspires others through her strengh, resilience, and advocacy on behalf of indigenous communities. A Lakota elder, she has been involved with the movement to support the Standing Rock Sioux Tribe and the water protectors in North Dakota, among other causes.  She is fluent in the Lakota language and is often honored to share a prayer at gatherings, such as the Indigenous Women’s candlelight vigil in downtown Seattle to honor missing and murdered indigenous women. Her offer of a prayer was a huge strength at the event and her beautiful words were healing and empowering. Her wisdom is a gift to younger generations, and her love for her community and her bravery are unfailing. 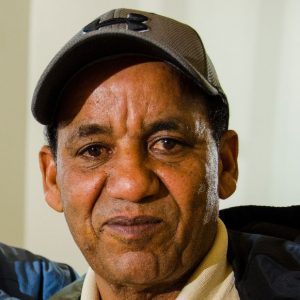 Michael Neguse, 61, received the ‘Health + Wellness’ award. Michael is devoted to helping those who are undeserved and has strong ties to King County’s East African and refugee communities. Through his work with East African Senior Meal Program (EASMP), he helps provide more than fifty seniors with free and culturally relevant meals, current events information, and bus tokens. He also speaks four languages, and uses his language skills to educate people of all ages about emergency preparedness.  His contributions are appreciated by many organizations he’s involved with, including ReWa, Seattle Tilth, Seattle Parks and Recreation, Seattle Neighborhood Group, the Office of Immigrant and Refugee Affairs and Rainier Beach Urban Farm and Wetlands. 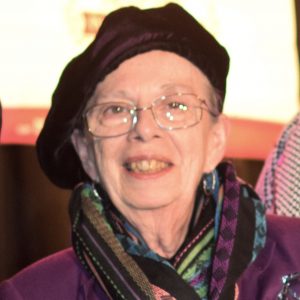 Pam Berry, 74, received the ‘Intergenerational Impact’ award. Pam has been working in the community for over 30 years, bringing music training to children in the Southeast Seattle Community Youth Orchestra. She and her husband have contributed their own funds to the orchestra and to helping children in other areas of their lives. Her enthusiasm for the children is contagious, and she often inspires others to help out – a skill that her nominator describes as “uncanny” – “She asks others to do things and before they know it they’re cooking and working with her. I have found myself in tears laughing about how she made me do it.” Through her selfless determination, Pam shows that you can be a great example to your community and to young people at any age.

Kelsi Watson, 67, was honored for ‘Lifelong Learning’. Though she is 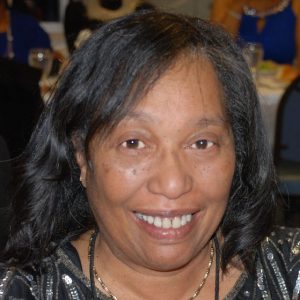 legally blind, Kelsi does not let this stop her from joining in many activities at Central Area Senior Center such as the Sliders – a dance group that meets for exercise and performs out in the community. Others are inspired by her rhythm and ability to perform by listening to the music and the instructors. She also attends monthly membership meetings and regularly offers suggestions to improve the center. If there is a resource lacking (such as special BINGO cards), she’ll go out and purchase them, always declining offers to be reimbursed. Through her thoughtfulness, sense of humor and good attitude, she demonstrates that she does not suffer from a disability but rather is fully capable. 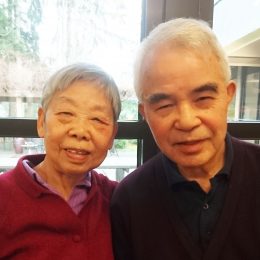 Mr. and Mrs. Huang have volunteered as choir instructors for the Cultural Exchange Program at the North Bellevue Community Center for 17 years. In addition to teaching the choir songs from around the world and publishing a book of songs, the Huangs lead the group to perform at an annual Chinese New Year Celebration and at the Redmond Senior Center. They always tell their peers there is no age limit for music and encourage many isolated Chinese seniors to join the class and enhance their social networks. In addition, they encourage young musicians to ensemble with them and believe music can break down the generation gap by creating partnership, harmony, and happiness. 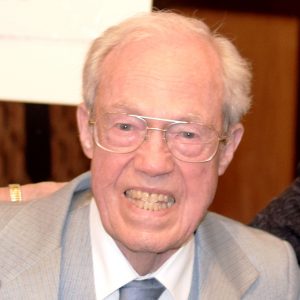 Fred Geraldsen, 91, was recognized for ‘Defining Inspiration.’ Fred is admired for his boundless energy and compassion. After serving in the Army Air Corp during WWII, he studied mechanical engindeering and began a long career at Boeing. Currently, he is a volunteer driver for Meals on Wheels – despite being older than all but one recipient. At the SeaTac Senior Program, he helps set up lunch, square dances, participates in support groups, flies remote control vehicles and leads the Nintendo Wii bowling and golf group. In 2007, he was appointed by the Mayor of SeaTac to chair the Senior Citizen Advisory Committee where he advocates on behalf of seniors. His nominator describes him as “a wonderful example of living life to the fullest, no matter what age you are.”

If you didn’t get a chance to nominate someone you know, you’ll have another opportunity to submit a nomination next year. We hope to see you at the 2018 IPAA celebration!

Are you a mental health professional or other service provider who works with older adults?