We are inclusive and welcoming of the LGBTQ community! If you have questions about feeling safe in this space, please call us. 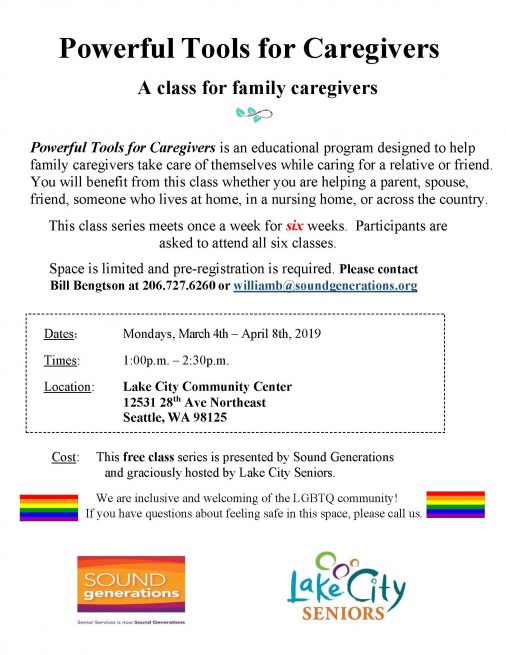 As we embark on a New Year, we would like to take a moment to thank you for helping us ring in 2019 knowing we can continue providing food security, transportation, health and wellness, and assistance services to over 64,000 seniors who count on us each year to be supported on their aging journey! Thanks to the generosity of all our holiday giving partners, corporate and foundation supporters, donors, and volunteers, we raised over $210,000 in donations and gifts!

We are eternally grateful for your partnership, your loyalty, and the many reasons you have given us to be excited for what is to come. We are committed to continue finding new ways to help you make a difference in the organizations and communities you serve. Thank you for your support on this journey.

In the hustle and bustle of modern life, it can be easy to lose sight of just how many seniors there are in our community.  Many of them live on fixed incomes and in affordable housing. Due to their age, seniors often have high cost health care among other expenses.  At North Helpline, we are committed to looking out for everyone in our community, and we feel that it is especially important to think of our seniors, who are too often overlooked.

There is a particularly high percentage of seniors living in Bitter Lake.  According to 2018 data from the City of Seattle’s Department of Neighborhoods, 22.2% of the population in Bitter Lake is 65 or over.  Compared to 7% in Aurora Licton Springs, 14% in Northgate, and 13% in Lake City. We see first hand how important the Bitter Lake food bank is to our neighbors who are aging.

One thing seniors should not have to worry about is going hungry.  Unfortunately, senior hunger is all too real. Our executive director Kelly Brown never loses sight of this fact.  As she builds coalitions with partnering agencies to best serve our neighbors in greater North Seattle, part of the conversation is on how to help people who are aging to advocate for themselves.

According to Kelly, “baby boomers are the fastest growing population in the food security world.  We have been anticipating as best as we can an increased number of seniors living on fixed incomes needing to access food.  As the baby boomer generation ages and plans for retirement, they discover it does not always go as anticipated, and living on a fixed income doesn’t keep up with the expense of the city.”

We spoke with Rachael (pictured above), a senior who lives in affordable housing close to the Bitter Lake food bank.  Rachael said, “It shouldn’t have to be a choice between rent and food, or healthcare and food, or a place to live.  I get frustrated, and I want people to know that if you can help us just a little bit, then we can help ourselves and we can help others.”

Rachael asked to share her story in order to raise awareness not just about senior hunger, but also to destigmatize perceptions about people who are experiencing homelessness.  Rachael is a fighter, and she herself was homeless at one point. During the economic downturn, she lost most of her income and was evicted. Rachael lived in temporary housing until she found a permanent home.  Due to her age, it was hard to find a new job. Rachael had complicated health problems, and her application for disability was approved on the first try.  She never gave up despite the many challenges she faced.

Sadly, due the affordable housing crisis seniors like Rachael do not always know where their next meal is coming from.   Many seniors are one crisis away from falling on hard times, and there is a cascading effect of losing housing, piling up seemingly insurmountable health care costs, and struggling to have enough food to eat.

In addition to North Helpline’s two food banks and the emergency services we offer, other organizations are looking out for seniors a well.  For example, we caught up with Akira Ohiso who works at Sound Generations in Lake City. He works with older adults who are experiencing homelessness or are close to it.  Together with Hunger Intervention Program, Sound Generations provides meals at Lake City Community Center including lunch and to-go meals.

The Challenge of Senior Hunger

Description: Lake City Seniors, a community partner site of Sound Generations, is seeking a volunteer to teach beginning conversational Spanish to older adults. The class would meet weekly at the Lake City Community Center on a Monday or Wednesday for one hour. Class time is flexible. This class will run in tandem with an English language class for Spanish speaking older adults and the two groups will have opportunities to come together for language exchange regularly.

Be a part of our virtual celebration in Positive Aging!

Is there an older adult in your life that inspires you?

Nominate them for the Inspire Positive Aging Awards!